I’m a Youth Librarian so I am a bit biased about what I love. But if you haven’t tried Young Adult Fiction, you are missing out! The characters are immensely complicated and their experiences complex (because let’s face it, being a teenager in today’s world is COMPLEX). The writing is creative and the topics current and totally relevant. If you haven’t tried YA Lit, I challenge you (or your book club) to pick one up!

With SO many top-notch books in YA Fiction, it was tough to choose a sampling. A first installment- for you Historical Fiction and Mystery fans: The best Young Adult Fiction in these two genres! Have your own favorites in YA fiction? Send them to me! 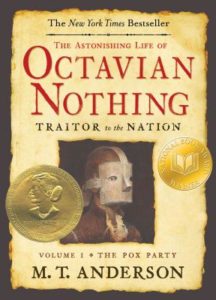 Salt to the Sea by Ruta Sepetys

Set at the bitter end of World War II, refugees in East Prussia are on a grueling walk to rescue aboard the Wilhelm Gustav- a boat scheduled to carry them to safety. Based on barely known events of the Wilhelm Gustav and the author’s own grandparents’ escape, this story is so heartbreaking and heroic you’ll need the tissues. Great for fans of All the Light We Cannot See or The Book Thief.  I highly recommend Sepetys’ other books, too!

The Astonishing Life of Octavian Nothing: A Traitor to the Nation  by M.T. Anderson

M.T. Anderson (a Cambridge, MA author who visits the Seacoast regularly) is a diverse and talented writer. Octavian, a house slave in pre-revolutionary Boston, is being raised by a philosophical society to speak multiple languages and master the violin. His life is golden in many ways and then the war arrives. Racism, loyalty, freedom, and eugenics(!) combine in this thought-provoking look at the war for independence. A GREAT book club pick — lots to discuss..

The Gentleman’s Guide to Vice and Virtue by Mackenzi Lee

A solid romp of a read! This book is filled with wit and adventure- fun YA lit for the summer! Henry (Monty) Montague is off on his European tour before his father expects him to return to run the family estate. With his best friend/crush at his side and fiery independent sister in-tow, their cultural tour quickly turns into a dramatic manhunt and swash-buckling fight for survival.

Sliding Doors meets Agatha Christie in this country-house mystery. Mourning the death of her beloved guardian Aunt, Jane is invited to her Aunt’s friends’  elite party at an island estate, Tu Reviens. “With nothing but a trunkful of umbrella parts to her name, Jane ventures out to the Thrash estate. Then her story takes a turn, or rather, five turns. What Jane doesn’t know is that Tu Reviens will offer her choice.” Let this great example of ya lit unfold . . .

We Were Liars by E. Lockhart

Another island mystery (maybe it’s my thing?). Cadence is a Sinclair. The Sinclairs may as well be kin to the Kennedys – an old Boston family with tons of money and all the secrets! Cadence is heading back to the Island of the summer but things are not all as they seem here, either. She’s plagued with horrible migraines, her mother is keeping secrets from her and where on earth are her cousins?!  Twisty, turny and all around intense. You MUST read until the bitter end –  it is totally worth it. This makes for another great book club read.

One of Us Is Lying by Karen McManus

The world our teens live in is really different than when I was a teen: cell phones, social media, and a 24 hour news cycle (Lord help me — and them!). One of Us Is Lying has all that and more in a locked-room murder mystery. 5 Teens are placed in detention for having their cellphones on them in class. Only, the phones weren’t theirs. And now, in detention, one of the kids suddenly dies from peanut contamination in his water bottle. Presumably, only one of the other four could have done it, right? Told from alternating perspectives this book reads like a modern day Breakfast Club  meets Gone Girl psychodrama. Page-turner for sure!

All links are to Indiebound.com but try your local bookstore and library too!  And don’t forget to talk to your librarians about what they think is the best young adult fiction — they’d much rather talk books than sit at that computer, I promise. Happy reading! 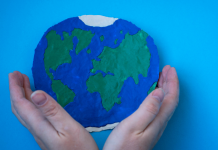 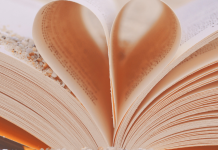 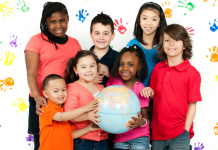 Global Kids Books: Raising Your Children to be World Citizens