Summertime and the living is . . . harder because my kids are around more.

It’s literally the second day of summer and I’ve already lost it on my poor four-year-old. She was being ridiculous, totally irrational and whining but apparently I am the adult in this situation and am supposed to rise above. I did not rise above. Nope, I lost my temper and stooped to her level. My 2.5 year-old did a spot-on impression of me later in the day when her sister was — again — throwing a tantrum. “Stop that! Go upstairs to your room!”, she yelled. While mildly entertaining, the impression hit me in the gut. My youngest held a mirror to my parenting failures and the guilt was palpable.

As a woman, a mother and a Catholic, I am sort of an expert on guilt. I replay my failures often and and have a steady stream of put-downs running through my head about my imperfections. The burden of my guilt can be debilitating. From sleep to confidence, to a healthy WFH balance, it causes me to lose so much. No guilt is greater than the guilt I feel at times as a mother. And I’m DONE. I’m so very tired of feeling guilty all the time. I am so over listening to the negative voice in my head that just doesn’t seem to have any mercy. I’m quitting guilt and I think you should, too. 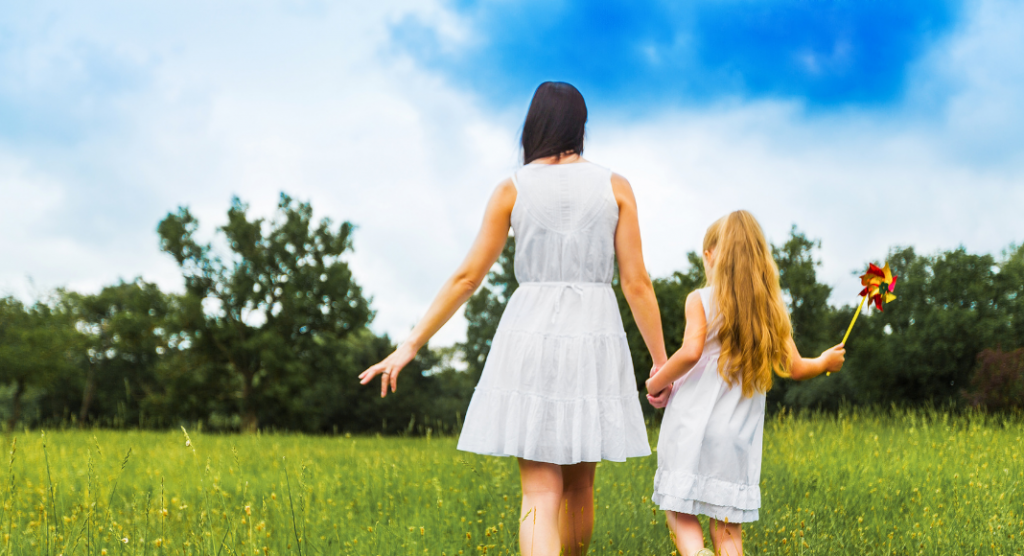 Quitting bad habits takes a lot of work, time and effort. Yet, I am committed. I know that if I let this burden of mine go, I will be happier, healthier and will undoubtedly become a better mother. Plus, if I kick this guilt habit, I will have a much easier time living with myself. And apparently I’m stuck with me.

I’ve developed a Five-Step Process to relinquish this guilt. I’m confident I will need to move through the steps multiple times in my life and even multiple times during my day. Yet, I will persevere because I know the end result will be a freer woman. And the world needs more of those, am I right?

1. Admit you have a problem.

Guilt is exactly that: a problem. It weighs you down, beats you up and makes you feel like you’re the absolute worst. And you’re not. There are people out there who really are the worst and if you are reading this and trying to figure out how to love your children, well, you are not one of those people. Guilt lies because it creates a false narrative of who you really are: a person who is made up of mistakes and shortcomings. Is that how your children see you? Is that how your partner sees you? Your friends? Yeah, I didn’t think so. You have a problem.

Do some self-inquiry. Should you really be feeling guilty? Are you, in fact, the worst? Take some time to reflect on why you feel the way you do. Sometimes, we do mess up. We snap at our children when they should be met with gentleness or we raise our voices when a calm word would do. Chances are, we fall on some kind of spectrum and our perception of where we fall is almost always incorrect. Figure out where your shortcomings really are. For me, it’s lack of patience with whining. I just cannot with the whining. When I focus on where my shortcomings actually are, the blanket of being “the worst” is lifted. The new narrative becomes, “I struggle when my kid whines” as opposed to “I am a terrible mother”. It’s hard to work with the latter because it’s so vague and too big. How do we move beyond something like that? Yet knowing that I need to work on my reaction to whining seems doable. I can develop new coping skills and try different approaches. It’s not that I’m terrible at ALL of parenting; it’s that I could use work with some of it.

The longest and most important relationship you will ever have on this earth is with yourself. If we continue to berate and degrade ourselves, we will live a long and miserable life. If I continue to give the voices in my head power, they will become louder and louder until all the grace and mercy within me is stomped out. I don’t know about you but I would rather be overflowing with grace and mercy than their opposites. It sounds like a much more peaceful and joyful existence.

So, how do we get there? Forgiveness. We have to accept that we are imperfect. Not just as people but as parents. I am absolutely an imperfect mother. News flash: we all are. Even Gwyneth Paltrow has probably fed her kids red dye #40 before and you know Blake and Ryan have totally let their kids watch too much TV. What I am saying is that you have to forgive yourself for the moments you are human. If we hold ourselves to a higher standard than everyone else in the world, what does that mean for our lives? It means we will constantly fail. It means we will constantly disappoint ourselves and enter back into the cycle of guilt.

Choose better. Choose to forgive yourself.

4. Accept that you’re imperfect and allow your children to accept it, too.

Surprise, kids: the world isn’t as patient as your mother. For as imperfect as I can be, I meet my kids most often with love and kindness. I think their art is amazing, their smelly feet are wonderful and I’ve even marveled at their poop. Yeah, there is no way the world is not going to be as generous to them as I am. So, if at times they experience the harsh, cold world of impatience or lack of awe at their tiniest movements and stenches, that’s OK with me.

If there are moments where I need to crawl at their feet, asking for forgiveness, that’s also OK with me. While it may be hard to show such humility to your children, these may be your greatest parenting moments of all. To show our children vulnerability and humility grants them the opportunity to be gracious and merciful. It also helps them see how very human their parents are — something they will figure out (if they haven’t already!) Showing our children that we mess up may not be new territory. But perhaps showing them how we recover from that fall by asking forgiveness may be.

You yelled at your kid? Let them watch too much television? Fed them chicken nuggets five nights in a row? Move on. Get over it. If you’ve moved through the above steps, it is time to let go. It is time to release the guilt and get back to living your life. If you don’t get back to it, you’ll miss it.

And I don’t know about you, but I don’t want to miss my life. It’s got some pretty cute kids in it. 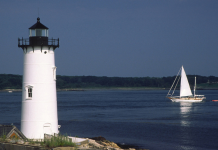 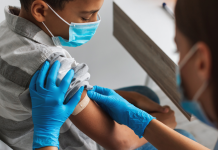 Interview on COVID-19 Vaccines for Kids With Pediatrician Dr. Smith 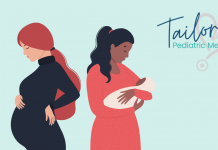 Lindsey - June 7, 2022 0
It’s time to think about summer and family summer outings. Portsmouth and the surrounding Seacoast have some great trails that are kid-friendly. Here are...

6 Ways to Celebrate Pride as a Family