Whether it’s the ever-changing status of school, the decreasing hours of daylight this time of year, or, oh, I don’t know, the fact that the SUCCESS OF THE HOLIDAYS RESTS SQUARELY ON OUR SHOULDERS, parents need some laughter in our lives. My recommendation? Stream some stand-up ASAP.

While I love a good sitcom to binge, sometimes I just want a quick hit. Something I don’t have to commit to for longer than an hour or so. I can sit and watch or have it on in the background while I get a few things done around the house.

If you, too, could use a bit of laughter to kick November up a notch, allow me to introduce a few of my favorite stand-up specials to get you started.

These stand-up recommendations happen to be Netflix-based. This is the streaming service that my household pays an absurd amount of money for on a monthly basis. (Besides Disney+…but that goes without saying in a pandemic.) My point? If you don’t have Netflix, you can easily find material from these stand-up comedians using free services such as YouTube or your favorite music streaming platform (great for solo car rides!).

DO NOT watch or listen to these comedians with your children around. The language and content is most definitely for grown-ups only. Earmuffs!

Wong covers a lot of territory during these two specials, but what I love is that she talks about marriage and motherhood in a brutal and relatable way— you can tell she loves it but she doesn’t shy away from the ugly either. She also performs both of these stand-up specials while pregnant, which is badass in my book.

If you like deadpan delivery, you will LOVE Nate Bargatze. He takes his time telling stories, but there are heavy-hitting jokes embedded throughout. From experiences with airport security to encountering a dead horse, this is pure entertainment without any gimmicks.

I enjoyed this stand-up performance because it’s not just funny, it’s also a way for Hart to own up to some big mistakes he’s made in his personal life. I respect that. My favorite part of this stand-up special is when Hart cracks himself up during his repetitive “gun compartment” bit. But I am a sucker for anyone breaking character (think: Jimmy Fallon in every SNL skit ever). This stand-up special also got me into “Don’t F This Up” – a short documentary series about Hart’s life on tour and his rise to fame.

I know he’s from Chicago, but something about Sebastian Maniscalco’s irate delivery speaks to the Jersey Girl in me. Where I come from, angry is baseline. I also love how physical his comedy is; so, while he’s hilarious to listen to, you really have to watch him to get the full effect.

Have I gotten you hooked on stand-up? If you want to explore more comedians but aren’t exactly sure where to start, I suggest watching Seinfeld’s series “Comedians in Cars Getting Coffee.” Each episode features a conversation between Seinfeld and a different comic or comedic actor. It’s like a buffet where you can sample a little of everything —and trust me, once you find someone you like, you’ll find yourself down a rabbit hole. Good-bye productivity! You’re welcome! 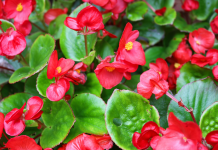 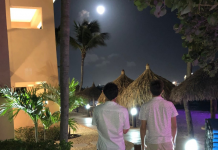 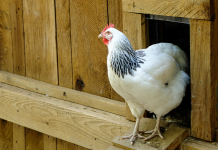 Thinking about a Backyard Coop? How to Get Started Raising Chickens