Last winter, I tried to provoke my husband, Rick, with a topic that always tends to roll around this time of year: the Man Flu.

I had been out and about when I heard someone ask an older gentleman how he was feeling and he responded,

“Pretty good! But I do have the Man Flu right now.”

Recounting the story to Rick, I remarked how funny it was to hear an 80-something-year-old man use the term. And not only that, but about HIMSELF! What self-awareness!

While this conversation topic seems innocent enough, I’ll admit, I knew I was poking the bear. Rick doesn’t like the concept of the Man Flu or being called out for having a case of it.

In the almost nine years that we’ve been married, I’ve been operating under the impression that I am physically tougher than my husband is—at least when it comes to illness, ailments or pain. This is based on zero science and 100% subjectivity, which truly makes a compelling argument, I realize. HOWEVER, I do have the whole “46 hours of labor followed ultimately by a C-section” on my side of the argument. So, there’s that.

There have been plenty of times when I’ve gotten sick with some kind of Winter Thing. But, I usually just take some Tylenol and go about my business. Those same germs circulate around the household, but when they take hold of my husband, I’ll start to hear the throat clearing, the phlegm rallying, and an excessive amount of nose blowing. He’ll be down for the count, in bed at 9:00 pm, while I’m still somehow mustering the strength to binge one more episode of The Marvelous Mrs. Maisel. But as soon as a giant drugstore bag full of cough syrups, gel tabs, lozenges and nasal sprays gets plopped down on the counter, I know it’s at hand.

Clear the schedule, batten down the hatches and get the fluids a-flowin’ because Man-aggeddon is about to hit the household!

This has always been the case—until we got to January of 2019. The germs came into the house per usual. But this time, Rick powered through and I was down. for. the. count. I seriously was not sure how I was going to walk my son out to the bus and stay upright for 10 consecutive minutes.

Once my son was off to school, I hit the couch and could barely move, getting up only to make a quick call to my doctor’s office. One appointment and several swabs later, I got the results: My first-ever case of strep throat, and it was pure misery.

Although Rick and I were “exposed to the same germs,” I was hit harder. My super strength Wolverine-like powers of healing and regeneration?  Nowhere to be found.

But, there was no mention of the Woman Flu. No side eyes or impatient tone of voice. No passive aggressive comments about any of my shirked duties. Rick was, just, you know, loving and caring. The way a spouse should be when his or her partner is not feeling well.

It really made me step back and rethink the Man Flu. I’ve known all along that those comments have gotten under Rick’s skin. But I also believed that we were both responding to the same germs, and experiencing the same symptoms, I was just handling it waaaaaaay better than he was. Even if that were true, is gloating superior to complaining?

Most women, myself included, want men to communicate more. Share more. Be vulnerable. But we send a very mixed message with our Man Flu jokes.

Talk to me more! Tell me how you feel!

Tail between my legs, and throat shredded to bits and pieces thanks to the strep, I shared my new perspective with Rick. This time I didn’t get into the weeds about which gender tolerates pain better, or is better at seeking help for pain, or communicates better. I just told him what I’d experienced, how my thinking had changed, and that I was sorry.

He really delivered the death knell for the Man Flu with one point that had nothing to do with who is better, tougher, braver, or stronger. Rick simply said,

“It’s just not a good practice to go down a path where you’re diminishing another person’s suffering.”

And with that, it all stopped being a battle of the genders, and became simply about the way we treat one another, how we communicate as partners.

So as we enter this New Year, I’m rethinking the Man Flu. In fact, I’ll never use that term again. When I see the signs that Rick’s starting to get sick, instead of rolling my eyes, I’ll simply ask what he needs. 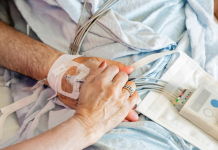 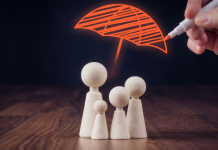 A 5-Step Guide to Getting Life Insurance (Even for SAHMs)

3 Simple Steps to Organizing Your Financial Life in 2021

5 Perfect Picnic Spots on the Seacoast

6 Ways to Celebrate Pride as a Family