Since I became their hostage, I assumed my captors (AKA my former crew) would isolate me in my chambers. In truth, I was looking forward to it. Instead, they are insisting I accompany them in whatever they do. There is a lot of togetherness. So much togetherness. A serious amount of togetherness.

Not only do they insist on my presence at all times, they are forcing me to prepare their meals. They let the cook go at the last port — a real power move.

Clearly, they’re trying to break me emotionally. They want me to feel powerless now that they’ve all but stripped me of my title and rank. My question is, why? What possible reason do they have for taking the ship into their own hands? I’m wondering where we are going — what is our next destination? Can they even steer the ship or read a nautical map? I’ve heard them during their study time and I have serious doubts…

The littlest crew member is on a serious power trip since the coup. It’s clear she is the captain now. Even the way she walks now displays her authority. She stomps and you can hear her from a mile away. She’s become quite the bully, even reducing her fellow crew members to tears at various moments. She’s truly terrifying.

At least I have the First Mate as my ally. While they seem to allow him more freedom to come and go, we at least can commiserate. Only he understands how terrifying they all are — especially the little one.

Tomorrow is a new day (but we only have 239 roles of toilet paper yet).

Why You Should Sing or Read to Your Baby While Pregnant 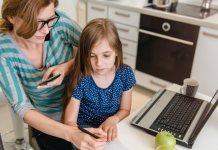 The Motherhood + WFH Balance: 3 Tips for an Efficient Work Day 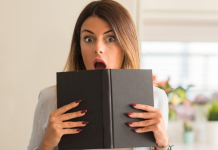 How To Involve Your Kids in Giving Back on the Seacoast...