I recently read a post from our site that stated, “the future is not female. At least, I hope it’s not.” Honestly, I was baffled that women could feel this way. Rereading the article, I realized these moms come from a place of worry for their boys. They are wholeheartedly concerned that their sons will feel excluded by the future is female. I felt the need to challenge and give a voice to those moms who don’t feel that way in the hopes that they will be able to unpack the slogan for their boys in a way where they won’t feel sad.

And so I provide context. To my own young son, I read stories, interpret movies, and explain how women of the past and present are challenged by their femininity. When I wear my bracelet that says “the future is female”, my son knows that I hope to lift up people who are not getting fair pay, equal representation, equal rights, and society’s respect. He knows that I do this not because I think less of males but because I hope he will be able to live in a world where “female” isn’t seen as less-than. My little boy will be better off when liking toys in the “girl aisle” is not embarrassing, when a stay-at-home dad is as accepted as much as a stay-at-home mom, and where it’s not groundbreaking when a woman becomes vice president. 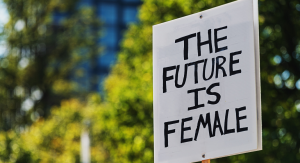 To help me explain the concept, I decided I needed to ask an expert. With no hesitation, Dr. Robin Hackett agreed to be interviewed. Dr. Hackett is a professor at University of New Hampshire and including others, teaches the graduate level class on feminist theory. Much of her writing and research delves into the topics of feminism and women’s studies. Here’s what I learned:

‘The Future is Female’ is not Anti-Male

So, is this slogan anti-male? Not at all. It’s been a knee jerk reaction in our society that by promoting the rights of one group of people, reduces the rights of others (I’m sure you could think of a few recent examples). Dr. Hackett shares, “Everyone who has made that argument has had to fight against the idea that ‘I’m going to get rights at your expense’, and it’s just never been the case.” She clarifies, “It’s not a zero-sum game. If the future is female, to me that doesn’t mean that the future is not male, it means that the future is ALSO female.”

It’s Not About Revenge

I find it frustrating that people think this pro-female slogan is about getting back at men somehow, and tipping the scale in the opposite direction. That it’s “about payback. Revenge. Karma.” Yet, I have never thought of it this way. My assumptions were that the “future is female” was a slogan born to bring females equal rights and opportunities to women. So I asked the expert: “Is the ‘future is female’ and other pro-girl/women slogans about revenge?” Dr. Hackett: “Virtually no feminists have seriously made that case…Nobody has ever been serious about eroding the rights of men to enhance the rights of women.”

We are far from Gender Equality

The article implies that while this slogan might have made sense in the past, we now are close to equitable. The writer suggests this: “Our daughters and sons are living at a time when women aren’t just making progress, we’ve made it.” While the author goes on to acknowledge progress, this overall understanding of how far we’ve come is is wrong. Here’s a list of just *some* of the ways in 2021, American women are inequitable to men. 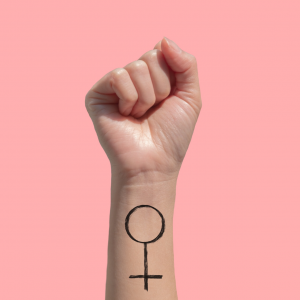 So why, I wonder, do some moms worry that that female future is bad for their sons? “It’s anxiety”, suggests Dr. Hackett, but unfortunately those who are doing so are “aligning themselves with traditions that excluded women.” I can see this. Perhaps a #boymom could be anxious about her son’s place in the future where he no longer has a clear advantage over women. But is that right? This #boymom says hell no! “It’s a losing argument,” Dr. Hackett explains, “If you look back at all these people who have historically argued for extending enlightenment principles of equality, brotherhood, and liberty to larger groups of people – they have almost always made those claims in an additive way.”

If The Future is Female, That’s Good For My Son

When typically “feminine” traits are seen as less than the “masculine” traits, it’s bad for boys. Toxic masculinity is bred from the belief that being girly or female-like is less than. Therefore, it’s considered an insult to declare a boy is exhibiting typically feminine qualities, choices, or abilities. This can lead to bullying of young boys for displaying characteristics like compassion and creativity. It can also lead to social promotion of more violent and emotionally unresponsive characteristics that can lead boys to suffer throughout their lives. What’s more, the idea that some jobs are more feminine, means boys have to navigate judgement through their career path if they choose a “women’s job”.

A future without female equality is far worse for my boy than one where he has the advantage.

When the future is female, my son will be able to have the freedom to express his feelings, his career choices, and his interests without the pressure of being a male stereotype.

What To Tell Your Sons

What can #boymoms tell their sons about ‘The Future is Female’? Dr. Hackett suggests asking, “Do you want to live in a world where the rules are that some people don’t have the same access to opportunities as you? No one is taking rights or chances away from you, but how do we usher in a world where everyone gets the same life chances? How are we going to do that together?”

The Future is Female

We all know that children are literal. (When I tell my son I’ll be there in 5 seconds – he starts to count). So it’s no surprise that a young boy could misinterpret the deep meaning behind a slogan like “the future is female”. Knowing the history and context we have shared in our home, I asked my son “so what do you think about the saying “the future is female”? “I like it”, he said. 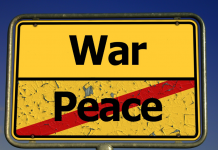 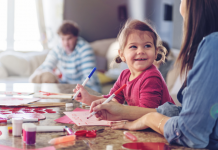 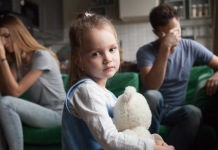