Today is International Holocaust Remembrance Day. I didn’t know until 3pm thanks to mindless scrolling on social media. Particularly because I am in charge of the editorial calendar for this site, days like this don’t sneak up on me. But this year? It caught me off guard. There is so much going on right now — both in the world and in my own home — that I’m out of touch with the world’s rhythms and acknowledgements. I wonder, are you? Are we all?

Not long ago, in the history of our world, the Nazis murdered 6 million Jews. I’ve seen a stat – that checks out – floating around the Internet. If we held a minute of silence for every victim of the Holocaust, we would be silent for 11 and a half years. The magnitude of what the world lost is hard to wrap my mind around.

Yet we have to realize that these numbers and statistics signify real people. It’s easy to hear or see “6 million” and move along quickly. Yet, they were 6 million mothers, fathers, children, grandparents — actual human beings — whose lives were taken mercilessly.

I have three kids and, once in a while, I go to dark places. My very visual brain imagines them alone and afraid — thrust into an unsafe situation I hear about in the news or learn about from history. I think, for example, what if we lived in a different country or time? What if that country was unsafe and we were forced to flee? What if we were separated? I imagine my three young daughters terrified and unprotected. My inability at times to separate myself and my family from the stories I read and the news that I see can make it hard to sleep at night.

Yet as disturbing as these “what ifs” are, they lead me to a very important truth: this history isn’t ancient history. And these people we learn about are not strangers.

The Holocaust was 80 years ago. 80. That’s not so very long ago. Yet we love to separate ourselves from it. We long to think of it as another life or another world. We imagine 100 degrees of separation between us and the lives lost during Hitler’s reign.

And perhaps more critically, we imagine the bystanders and the perpetrators of the Holocaust to be wholly other. A different species, a different make. Surely not like you and me.

Yet, I’m sorry to say, this isn’t the case. Bystanders. They’re just like us!

On January 6th 2020, we saw images of people in shirts with sayings like “Camp Auschwitz” or “6 Million Wasn’t Enough”. The Anti-Defamation League found that Antisemitic incidents surged in 2019. In our own state of New Hampshire, two State Representatives have shared antisemitic material in public spaces. And they still hold their offices.

This all shocked me. I thought we were so far from this. How foolish I am.

I created the distance between antisemitism and me. By imagining a chasm between antisemitism “back then” and the world in which we live, I became part of the Bystander Problem we have in this world. I was willfully blind and ignorant to what was happening around me! We still have so much to learn. And we prove that time and time again as human beings.

We long to put the past behind us. Yet it doggedly pursues us — since we refuse its teachings.

As the Secretary General of the United Nations remarked at the opening of the exhibition marking the seventy-fifth anniversary of the liberation of Auschwitz-Birkenau in 2020,

I invite you today and onward, to reflect this International Holocaust Remembrance Day. .

Reflect on the dead. Think about the moms and the dads. The children and the grandparents.

Consider the bystanders. The quiet majority that said nothing and did nothing as their neighbors were taken away.

Consider the perpetrators who bore that hateful symbol and carried out the atrocities.

And imagine, where would you fit in? Where do you fit in now? 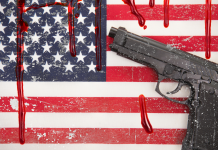 Mass Shootings As A Sign Of Normalcy? Then I Miss Lockdown 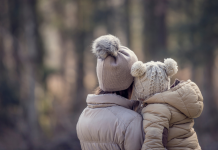 No We Won’t Stay in Our Lane, Thank You Very Much.